1. The APRALO Team attended the 2016 China Internet Conference in Beijing which was organized by the Internet Society of China (ISC). Started in 2002, the China Internet Conference is ISC’s largest annual conference that includes a series of keynote speeches, panel discussions, presentations and an industry expo. Over a thousand participants from both China and oversea joined this year’s conference, including Internet Hall of Fame inductees Hu Qiheng, Kilnam Chon, Werner Zorn, Tan Tin Wee and Radia Perlman. 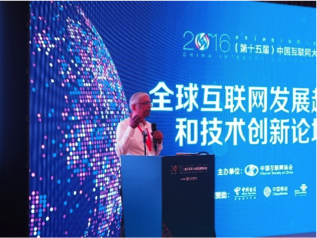 As this is the first conference since ISC joined APRALO as an ALS in Feb 2016, APRALO leaders were invited by ISC to attend the conference. Siranush, Satish and Maureen traveled to Beijing and were joined by ALAC Council member Kan Kaili and ICANN Beijing Engagement Center’s Song Zheng. The team had opportunity to observe and experience the whole conference and personally attended selective sub-forums of interests. Satish was invited to give a presentation on Internet of Things at the Global Internet Trend and Innovation Sub-Forum on June 22. 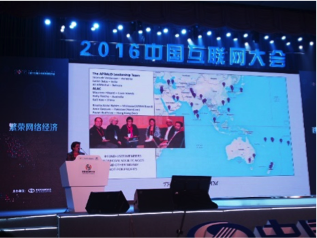 Siranush was invited to speak at the closing ceremony.  In her speech, Siranush expressed APRALO’s warm welcome to ISC for joining ALAC and becoming an ALS in the region. She introduced the role of ICANN and APRALO to the audience and encouraged ISC and Chinese end-users to participate in and make contribution to ICANN’s work, thus help ICANN to fulfill its vision of “One World – One Internet.”

2. APRALO leaders visited ISC’s 12321 calling center and had vibrant discussion with ISC officials responsible for protection of netizen rights. As a national non-profit NGO, ISC has members from State-owned companies, private sectors, technical communities, academic and research institutes, as well as selective personal members who are mostly leading experts in the industry. 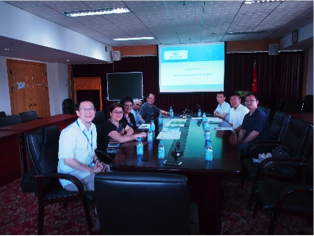 One important aspect of ISC’s work is to protect online users’ rights and interests. Through advising legislators, educating general public, collecting complaints, and encouraging industry self-discipline efforts, ISC plays an important role in China dealing with spam sms/email, phishing email, malicious software and apps and online pornography. For example, in the first half of 2016, 12321 received and handled over 900,000 complaints and reports. ISC also works to promote use of Internet in China’s rural area and less developed region as well as to lead on China’s initiative to improve Internet accessibility. 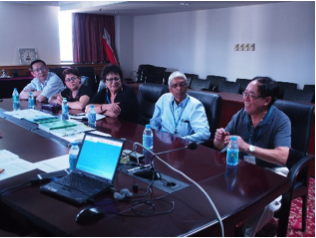 Through this trip, APRALO leaders were able to closely assess ISC’s governing structure and working model, thus improved their understanding of ISC and of Chinese Internet industry as a whole. This trip also helped APRALO and ISC to foster a closer working relationship which could contribute to ISC’s future participation in and contribution to APRALO and ICANN.

3. Song Zheng (ICANN Beijing Office) explained that WeChat (China’s top mobile app combining instant messaging and social media)was used to help to raise understanding among community members and newcomers, of the ICANN ecosystem and an awareness of ICANN issues. For example, a call on WeChat gathered 29 participants from all stakeholder groups to volunteer their time to translate the new ICANN Bylaws into Chinese and provide public comments. 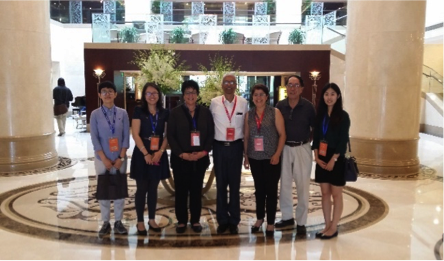 Similar gatherings to discuss other public consultation issues could be called in the future, to include members of some of their own working groups if the issues are relevant. Song is building a relationship with APAC Hub to coordinate other activities, and will keep in touch with APRALO with regards to support for young ISC graduates to attend ICANN meetings as Fellows and Next Gen participants at Hyderabad (2016) and Abu Dhabi (2017).   Junior staff who were assigned to look after the APRALO team during our stay were all Masters graduates. 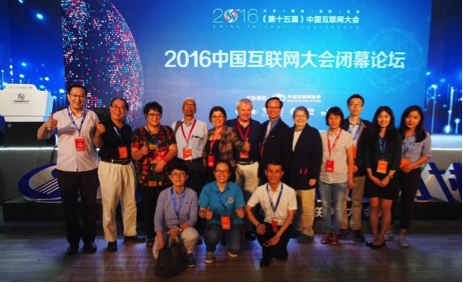 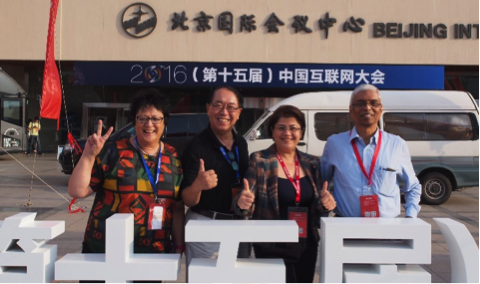 4. Satish and Maureen were very fortunate to make contact and to spend some quality discussion time with Professor Kilnam Chon of Korea Advanced Institute of Science and Technology (KAIST) who initiated the idea of a SIG in the Asia Pacific Region. They are also members of the APSIG Management Steering Group and were able to discuss the proposed programme for the first APSIG which will be held in Bangkok in September, in conjunction with APTLD’s second meeting of the year, which will be followed by a DotAsia Board meeting. A special reception dinner enabled connecting with other overseas participants: Professor Werner Zorn from Germany who was interested in the IANA transition; Wilaiwan Phanarin, the general manager of TH.NIC;

5. It was assumed that we might be able to meet with the other two Chinese ALSes at the Internet Forum. Unfortunately, this did not happen. APRALO members were aware of our trip to China before the Helsinki meetings. If ALS members were at the Internet Forum, they would have seen that APRALO was to provide two presentations. Unfortunately, because gmail was not available in China, we were unable to follow-up with personal contact once in China. We had hoped that they might make contact with us at the conference. This did not happen.

6. The visit to Beijing was totally sponsored by the Internet Society of China (airfares, accommodation, meal allowance, airport pickups and drop offs, personal assistants, etc for Siranush, Satish and Maureen). Kaili was working at his university but attending the conference daily.

7. Lack of access to Google and gmail created communication difficulties for the APRALO team however Skype and Adobe Connect were available and enabled connection for Maureen to attend the APrIGF MSG and the DotAsia Board meetings. Facebook is also banned in China.

8. Because not all sessions at the Internet Forum has translation services, ISC arranged visits for the APRALO team, with a personal guide and driver, to the Great Wall of China, the Forbidden City and Tiananmen Square.