What Happened at ICANN56?

Besides discussing the ICANN bylaw changes and the ongoing work in the CCWG-Accountability and the GNSO PDP Working Groups, the At-Large Advisory Committee (ALAC) focused on process related matters important to the organization effectiveness of the At-Large Community. These include the ratification of the revised ALAC Rules of Procedure, the establishment of the ALAC Appointee Selection Committee, and the decision on the selection process of the ALAC Liaison to the Consumer Standing Committee (CSC).

The At-Large Review was also a focus; the independent examiner met with the Community face-to-face, observed in many sessions, and conducted qualitative interviews throughout ICANN56. Promotion videos of the At-Large Review were produced as well.

On the Regional At-Large Organizations (RALOs)’ front, EURALO General Assembly and the Joint AFRALO-AfrICANN Meeting were held. The AFRALO-AfrICANN Joint Statement on the IANA Transition and Enhancing ICANN Accountability was approved and submitted to the ICANN Board. RALO leaders also met with key ICANN Policy Staff and the external consultant to discuss the Document Production Pilot Program and agreed to establish a small taskforce focusing on the implementation of this Program. 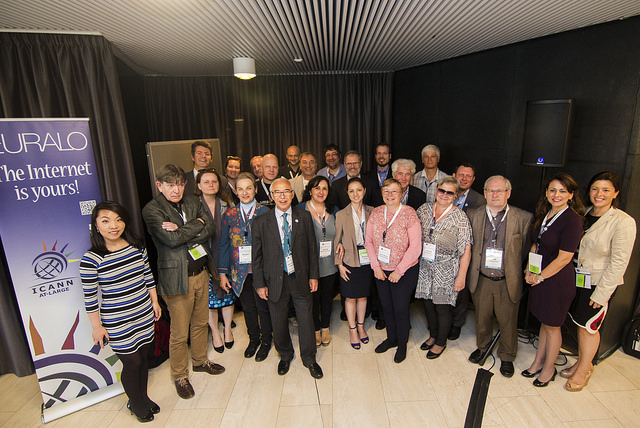 To continue its outreach and engagement effort, At-Large leaders met with the NextGen students and ICANN Fellows to enhance their understanding of the Community. In addition, video interviews of the three most ALAC Chairs were filmed as part of the At-Large history project.

Check out the photos of At-Large activities in ICANN56.

The selection process of the ALAC Liaison to the CSC will start in early July to meet the 22 July 2016 deadline of forwarding two candidates to the CSC for consideration.

The At-Large Review will continue. The independent examiner ITEMS will collaborate with ICANN Staff to distribute a global survey in the wider At-Large Community and conduct more qualitative interviews with At-Large members and other stakeholders. To encourage greater participation, ITEMS will also present in the webinars to be held by each RALO.

The post Second At-Large Summit (ATLAS II) activities will draw a conclusion. In collaboration with ICANN Policy Staff, the ATLAS II Implementation Taskforce will review and finalize the ATLAS II Recommendations Implementation Report and forward to the ALAC for ratification. The ratified Report will be submitted to the ICANN Board and presented in ICANN57 Hyderabad as the final deliverable of the ATLAS II.

On the RALOs’ front, the Asian, Australian, and the Pacific Islands Regional At-Large Organization and the North American Regional At-Large Organization will be planning for their General Assemblies respectively to be held in ICANN57 and the ARIN Meeting in April 2017. In addition, a web-based, centralized database of At-Large Structures (ALSes) will be fully developed and verified by RALO leaders and ALS representatives to consolidate and preserve ALSes’ application, contact, and communication information.