On behalf of Tijani Ben Jemaa, Chair of the Board Member Selection Process Committee (BMSPC), we are announcing the final election result of ICANN Board Director (Seat #15) selected by the At-Large Community.

After six months of efforts, the At-Large Community has successfully concluded its ICANN Board Director selection process on 27 February 2017. León Felipe Sánchez Ambía has been selected by At-Large as the successor of Rinalia Abdul Rahim and will begin his 3 year term as an ICANN Board Director at the end of ICANN60 (3 November 2017).

The selection process began in September 2016, with the formation of two committees tasked with managing the timeline, calling for and evaluating the candidates, and organizing the final election.

Among the six individuals who submitted Expressions of Interest for the position, Alan Greenberg and León Felipe Sánchez Ambía were chosen as the finalists. Before the election took place, the At-Large Community enjoyed ample opportunities to ask questions to the finalists verbally and in writing in order to make an informed choice. At-Large Structures also participated in the final election by directing the votes of Regional At-Large Organization Chairs.

Click here to review the result, as well as the detailed information about the election process.

Please see below the bio and photo of León Felipe Sánchez Ambía. 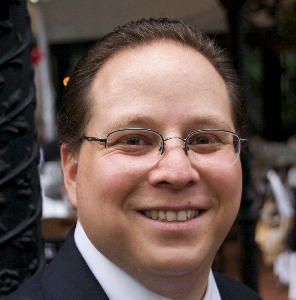 Since 2006 he has been partner at Fulton & Fulton, a law firm specialized in intellectual property and IT law based in Mexico City, and is head of the Intellectual Property division.

In 2008 he was admitted as professor on Intellectual Property at the UNAM Law School.

He drafted the Internet Users Rights Protection Act for Mexico and has been very active on issues like Anti-Counterfeit Trade Agreement (ACTA), Stop Online Privacy Act (SOPA), Trans-Pacific Partnership Agreement (TPPA) and other local initiatives of the same kind, always advocating to defend users’ and creators’ rights in order to achieve a balance between regulation and freedom.

He currently serves as the ALAC Vice-Chair in ICANN and Co-Chair of the CCWG on Accountability where he has been deeply involved with the IANA transition.