Sébastien Bachollet began his career in 1985 with Air Inter (the French domestic airline), then moved to SNCF (French National Railways) where he led innovative technological and organizational projects focused on information systems. With this experience, in the early 2000s he relaunched and promoted the development of CIO (Chief Information Officer) networks at the national level within CIGREF (Club Informatique des Grandes Entreprises Françaises) and at the European level with the creation of EuroCio. Within this framework, he was responsible for strategic development and networking. As deputy general manager of CIGREF, he represented CIGREF and business users in Internet governance at all levels in France, Europe and worldwide.

CIGREF has been a member of ICANN's GNSO Business Constituency since its inception.

Since his work with SNCF, Sébastien has been deeply involved in the Internet world. He launched the www.sncf.fr web site, the largest e-business web site in France today.

Sébastien worked actively to set up and hold the European Global Event on Domain Names and Address Systems, now known as EGENI Europe, held in Paris annually from 2002 to 2008 with more than 250 participants each year. He launched EGENI Africa in 2006 with ISOC Morocco.

Since 2001, Sébastien has been a member of the Internet Society French Chapter (www.isoc.fr), has served on its board since 2003 and was declared the Honorary President in 2009. He is an honorary member of other Internet Society chapters as well. He was elected European Internet users representative in May 2007 and has been the ALAC (At-Large Advisory Committee) vice-chair since 2008.

A citizen of France, Sébastien has served since June 2004 as the founding CEO of BBS International Consulting, a consultancy specializing in information systems with particular emphasis on Internet technologies.

Dr. Olivier M.J. Crépin-Leblond is a French national who has been an Internet user since 1988. He received a B.Eng. Honours degree in Computer Systems and Electronics from King’s College, London, UK, in 1990, a Ph.D. in Digital Communications from Imperial College, London, UK, in 1997, and a Specialized Masters Degree in Competitive Intelligence and Knowledge Management from SKEMA Business School (ESC Lille & CERAM) in Nice-Sophia Antipolis, France, in 2007.

Having founded Global Information Highway Ltd in 1995, he has been involved in many Internet projects, several of which enabled Internet connectivity in developing countries. Current interests range from IPv6 deployment, Network Neutrality, Multi-stakeholder Internet Governance and Green Internet to all aspects of Strategy, Intelligence and Knowledge Management in the 21st Century.

Whilst attending all ICANN conferences in person since the Paris (June 2008) meeting, he has taken a keen interest in supporting ICANN’s At Large constituency to voice the interests of Internet users worldwide. He was also on the 2010 ICANN Nominating Committee (NOMCOM) and since ICANN Brussels (June 2010), is Secretary of ICANN’s European At Large Organisation (EURALO). He became Chair of ALAC, the At Large Advisory Committee, after the end of the ICANN Cartagena meeting in December 2010.

Whilst on the Lead Team of ISOC England, he is also a Member of the Institution of Engineering and Technology (IET) and a Senior Member of the Institute of Electrical and Electronic Engineers (IEEE). Last, but not least, he has been a Network Startup Resource Center (NSRC) affiliate since the early nineties. 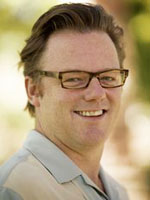 Dr. Patrick Ryan is Policy Counsel, Open Internet for Google, where he supports international policy and regulatory efforts for Google's global products. He has led the global policy strategy for Google's cloud computing platform and coordinates Google's engagement in international policy matters that pertain to the Internet Governance Forum and the treaty conference through the International Telecommunication Union. In addition, Patrick is an Adjunct Professor (and previously, Faculty Director) at the University of Colorado at Boulder's Interdisciplinary Telecommunications Program where he has taught Internet and telecommunications policy, and holds an appointment as a Senior Affiliated Researcher with the Katholieke Universiteit Leuven. Prior to joining Google, Patrick was a lawyer in private practice and advised companies on the deployment of next-generation networks, international investment, and intellectual property. He has published several law-review articles on spectrum, telecommunications and Internet regulation. Patrick received a JD from the University of Texas at Austin, an MBL in international business law from the Universität St.Gallen, (Switzerland), and a Ph.D. from the Katholieke Universiteit Leuven (Belgium). 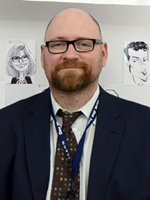 Garth is a relentless problem solver who thrives on tackling difficult situations and redesigning broken systems. Innovative thought-leader experienced in training public service professionals on Internet policy. By building and coordinating teams of experts to collaborate and produce results, he has become the voice of the abused Internet user, helping them navigate the digital bureaucracy. Garth's background includes 13 years in workflow development as well as criminal justice research and public policy development. He is an experienced database administrator and web developer. His unique combination of skills has allowed him to streamline Internet policy enforcement at an unparalleled level. Garth's direct involvement has resulted in permanent fixes to the Internet policy structure and his research is featured in a chapter of the just released The Death of The Internet (ISBN 1118062418).