On behalf of the At-Large Board Candidate Evaluation Committee (BCEC), and in accordance with the agreed schedule for the At-Large Board Member Selection Timeline, the names of the slate of candidates to fill Seat #15 of the ICANN Board are being announced.

These candidates have passed the initial BCEC evaluation and were approved on their call of Tuesday, 21 January 2014. Their names were announced to the ALAC by Olivier Crépin-Leblond on 28 January 2014. On that same day, staff sent the names of the slate of candidates and remaining applicants to the At-Large mailing lists.

One applicant withdrew their EOI during the BCEC evaluation period.

The RALOs are now asked to consider whether any of the applicants who submitted EOIs but were not selected by the BCEC should be added to the final slate of candidates. In order to be added to the final slate, an applicant must be supported by three RALOs. The deadline for support from other RALOs for additional candidates is Friday, 21 February 2014.

Please see the relevant text of the ALAC ROPs below:

19.9 Final Candidate List
19.9.1 - Following the publication of the BCEC slate of candidates, RALOs have an opportunity to suggest adding candidates to that list. The timetable should allow for consultations and outreach both within and among RALO's.
19.9.2 - RALOs can only suggest candidates who had previously submitted an EoI to the BCEC during the current selection process.
19.9.3 - Candidates will be added only if they receive support through a formal vote of at least three of the five RALOs, each RALO voting according to its respective rules.

The final slate will be announced on Sunday, 23 February 2014. 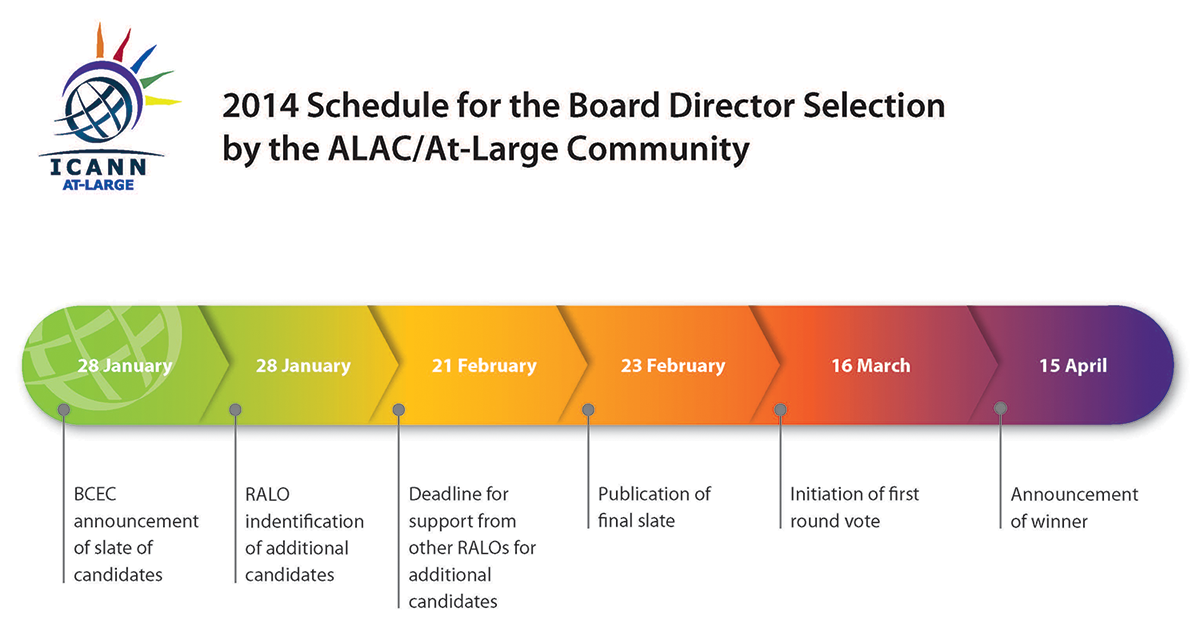