Olivier Crépin-Leblond, Chair of the ALAC

Dr. Olivier M.J. Crépin-Leblond is a French national who has been an Internet user since 1988. He received a B.Eng. Honours degree in Computer Systems and Electronics from King's College, London, UK, in 1990, a Ph.D. in Digital Communications from Imperial College, London, UK, in 1997, and a Specialized Masters Degree in Competitive Intelligence and Knowledge Management from SKEMA Business School (ESC Lille & CERAM) in Nice-Sophia Antipolis, France, in 2007.

Having founded Global Information Highway Ltd in 1995, he took part in many Internet projects, several of which enabled Internet connectivity in developing countries.

Whilst attending all ICANN conferences in person since the Paris (June 2008) meeting, he has taken a keen interest in supporting ICANN's At-Large community. He was selected to be on the 2010 ICANN Nominating Committee (NomCom) and was Secretary of ICANN's European At-Large Organisation (EURALO) from June 2010 until March 2011.

He was selected as Chairman of ICANN's At-Large Advisory Committee (ALAC), at ICANN's Cartagena, Colombia meeting in December 2010, a yearly term renewed at ICANN's Annual General Meeting in Dakar, Senegal in October 2011 and again in Toronto in October 2012 (this time for a 2 year term). Through serving the At-Large Community, he has gained a unique practical experience in an operational multi-stakeholder policy-making environment, finding and building consensus at grassroots level.

In March 2013 he was selected to sit on the second ICANN Accountability and Transparency Review Team (ATRT2).

He was recently invited to speak in the United Kingdom, Sweden (EuroDIG Stockholm), several universities in Southern India (on matters of IPv6, Internet History and Core Values) as well as teaching at the Summer School on Internet Governance in Meissen, Germany (Multi-stakeholder Governance) and taking part in the third Ukrainian IGF in Kyiv on behalf of the Council of Europe and the Internet Governance Forum (IGF) in November 2012.

In December 2012 he was part of the United Kingdom delegation to the World Conference on International Telecommunications (WCIT-12) in Dubai.

Whilst Chairman of the English Chapter of the Internet Society (ISOC) since March 2012, he is also a Member of the Institution of Engineering and Technology (IET), a Senior Member of the Institute of Electrical and Electronics Engineers (IEEE) and a Network Startup Resource Center (NSRC) affiliate since the early nineties.
Full details available on: http://www.gih.com/ocl.html 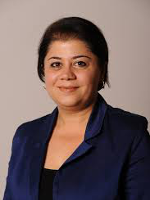 Siranush Vardanyan currently holds the position of Public/Private Partnerships, Program Officer at Save the Children International. Prior to this job, she held different managerial positions in Habitat for Humanity Armenia, Project Harmony Armenian Branch, working in Armenia School Connectivity Program project, which aimed at integration of ICT into education sphere in Armenia. She graduated from the Yerevan State Institute of Foreign Languages with Diploma with Honors, holding MS in History and English. She has completed all required exams for her PhD (all but dissertation) titled "Innovative Programs in Secondary Schools of Armenia" at the National Academy of Sciences of the Republic of Armenia. She has several articles, published in local and international journals, related to her research work.

Siranush has more than 20 years' experience of working with international organizations in Armenia, as well as 8 years of teaching English language as a senior lecturer at Yerevan State Humanitarian College. She is a Salzburg Seminar Fellow and participated in Academic Core Session: "International Legal Perspectives on Human Rights", in Salzburg, Austria and also Central European University alumni with participation at the course: "Human Rights and Forced Displacement: An Interdisciplinary Approach", in Hungary, Budapest.

During her professional career Siranush has developed an extensive managerial, communication and project implementation skills. 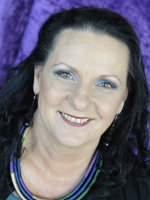 Thirty(ish) years ago Cheryl left her Post-Grad research and career as a tutor in Physiology (continuing as Teaching Associate at the Asia Pacific Research Institute of Macquarie University during the early 2000 years) to operate her family owned micro enterprise, Hovtek Pty. Limited.

Cheryl is a telecommuter, and licensee of domain names in .au as well as in the global DNS, but most importantly, she is an avid end-user of the Internet for work and recreation. Fourteen years ago she started a spin off project called BuildersNet which was developed from some of the TQM (ISO-9002 etc.,) activities of Hovtek; ten years ago this became a stand alone Australian Company, (Pty. Ltd.,) and relies totally on the Internet to facilitate its operation.

Her clients in Australia are Micro Businesses and SMEs - and internationally mainly SMEs and Government or Aid Funded bodies; she serves and communicates with them almost exclusively online and the majority of her importation of raw materials and products as well as export documentation bookings etc. is now handled that way. She is a Director in several Associations and a NFP company interested in Global Trade and SME growth, facilitated by Internet use, under the auspices of UNCTAD.

She believes the Internet should be seen as a public asset and needs to be developed and maintained as a cost-effective and accessible resource for communication, education, community, social and business opportunities by the Australian and wider global community; her work within ICANN with its remit as the coordinator of the unique identifiers (addressing) across i.e. in the Naming, Numbering and Nomenclature within the Internet Ecosystem with its commitment to a multi-stakeholder, bottom-up consensus driven policy development model is an essential part of this aim.

Her focus and ongoing interests are not specifically technical but rather more consumer and end user focused. Until May 2009 when the Council was dissolved she represents ISOC-AU in the Australian Communication Alliance Consumer Advisory Council with a keen interest in Policy Development, Access, Outreach and Regulatory issues.

She was an Individual Member (prior to the formation of our Chapter) of ISOC and am a Director of ISOC-AU since being elected in 2001 serving as Hon Treasurer from 2003, and currently serve as the Hon. Company Secretary on the executive. For more about my role and about the other Directors of ISOC-AU, see http://isoc-au.org.au/Organisation/Dirs.html.

She is a Member of auDA, having been re-elected as a Board Member for my forth term of office in the Demand Class (User Interests) stakeholder category in October 2012 for a 5th 2 year term. Previously she has worked on several auDA Policy Advisory Panels between 2000 and 2004, and as the Chair of the Domain Name Industry Code of Practice Committee.

She is also a member of several organisations and associations including Women On Boards and Women in the Boardroom; the TED community and the International Sustainable Development Resource Centre, Geneva; and as an individual and corporate representative in ACCAN. Additionally she has had engagement in Australian Government Policy Development includes active participation in Govt 2.0; Public Sphere activities specifically in Australia; and continue to serve as a consumer advocate representative to the Australian Communications Compliance (CommCom) Advisory Committee a new independent code monitoring (and reporting) body, that is to ensure that Carriage Service Providers (CSPs) in Australia are compliant with the Telecommunications Consumer Protection (TCP) Code, since appointment in late 2012.

In addition to being: 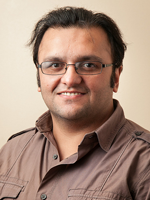 Fouad Riaz Bajwa is an ICT and Internet Public Policy Analyst, Researcher and Advocate from the beautiful city of Lahore, Pakistan. He has been contributing to the ICANN Community since 2009. Fouad has been working towards guiding global ICT public policy at the multilateral and bilateral levels consulting on policy issues as an ICT Expert occasionally with various United Nations bodies etc. He serves as a Principle Digital Rights Policy Advisor for a national level digital and human rights protection body in Pakistan.

He was recently working as a Senior Public Policy Analyst developing an IT Industry Development policy and advice for a fragile developing country in South Asia. For the past 17 years, he has been working in the domain of ICT Industry development, Information Technology IT-sector development, Internet and DNS Industry Development, mass capacity development initiatives and promoting the usage and adoption of Free and Open Source Software (FOSS). He has also acted as the Webmaster for the Pakistani government.

Mr. Bajwa is leading the Internet Research Project Pakistan IRP2 and his organization's work on the Pakistani ICTs, Telecoms, Internet and IT Industry advocacy has been highlighted by the Pakistani national mainstream electronic and print media; He has been serving as the Co Vice-Chair of ICANN's Asia Pacific Regional At Large Organization (APRALO), with an original tenure from 2010 through June, 2012; he was re-elected for a second two year term running through June, 2014. He is also involved with APRALO's umbrella organization, ICANN's ALAC.