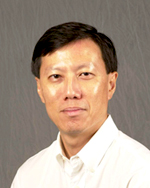 Professor Ang Peng Hwa (Ph.D., Michigan State University; LL.B., National University of Singapore) is the Director of the Singapore Internet Research Centre at the Wee Kim Wee School of Communication and Information, Nanyang Technological University. His research interests focus on the Internet and new media. He is the author of Ordering Chaos: Regulating the Internet (2005), in which he argues that the Internet is being, will be, and should be regulated.

In 2004, Professor Ang was appointed by the U.N. Secretary General to the Working Group on Internet Governance. He later co-founded the Global Internet Governance Academic Network, for which he served as the inaugural Chair. In 2008, he spent his sabbatical year as Visiting Dean of the Mudra Institute of Communication Research, where he helped found the doctoral (fellows) program.

He has consulted for various international and Singaporean media-related agencies, including the Bertelsmann Foundation, the International Development Research Centre, and the Media Development Authority. In 2000, he was a fellow at the Kennedy School of Government at Harvard and in 2001 at Wolfson College, Oxford. He currently also serves as chair of the Asian Media Information and Communication Centre, a non-profit organization, and as a vice-president of the Consumers Association of Singapore. 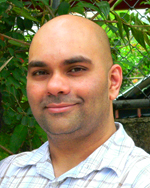 Rajnesh Singh is Regional Director of the Asian Regional Bureau of the Internet Society (ISOC), where he oversees projects, initiatives and activities across ISOC's functional and programmatic areas in the Asia and Pacific region, including Public Policy, Capacity Building and Internet Standards and Technology.

Prior to joining ISOC, Rajnesh founded several successful companies in various sectors, including technology, and still maintains varied business interests. He has held executive management roles in multiple companies and has consulted in the areas of communications & power infrastructure, project management and business strategy for medium-to-large companies and organizations in the Asia Pacific region. He has also held advisory roles in multiple sectors, ranging from governmental organizations to sporting organizations and the private sector.

Rajnesh has worked extensively with the Asia Pacific Internet community, and has held several leadership roles, including chair of ICANN's APRALO, the Pacific Islands Chapter, ISOC and the IPv6 Forum. He has worked extensively on ICT policy, training and capacity building in the region and has been active in the Internet Governance Forum (IGF) since its inaugural meeting. His current areas of interest are ICT policy in developing and emerging economies, Internet evolution, and effective business strategies for developing markets. Rajnesh speaks multiple languages and has a strong interest in sports.