Sébastien Bachollet began his career in 1985 with Air Inter (the French domestic airline), then moved to SNCF (French National Railways) where he led innovative technological and organizational projects focused on information systems. With this experience, in the early 2000s he relaunched and promoted the development of CIO (Chief Information Officer) networks at the national level within CIGREF (Club Informatique des Grandes Entreprises Françaises) and at the European level with the creation of EuroCio. Within this framework, he was responsible for strategic development and networking. As deputy general manager of CIGREF, he represented CIGREF and business users in Internet governance at all levels in France, Europe and worldwide.

CIGREF has been a member of ICANN's GNSO Business Constituency since its inception.

Since his work with SNCF, Sébastien has been deeply involved in the Internet world. He launched the www.sncf.fr web site, the largest e-business web site in France today.

Sébastien worked actively to set up and hold the European Global Event on Domain Names and Address Systems, now known as EGENI Europe, held in Paris annually from 2002 to 2008 with more than 250 participants each year. He launched EGENI Africa in 2006 with ISOC Morocco.

Since 2001, Sébastien has been a member of the Internet Society French Chapter (www.isoc.fr), has served on its board since 2003 and was declared the Honorary President in 2009. He is an honorary member of other Internet Society chapters as well. He was elected European Internet users representative in May 2007 and has been the ALAC (At-Large Advisory Committee) vice-chair since 2008.

A citizen of France, Sébastien has served since June 2004 as the founding CEO of BBS International Consulting, a consultancy specializing in information systems with particular emphasis on Internet technologies.

Dr. Olivier M.J. Crépin-Leblond is a French national who has been an Internet user since 1988. He received a B.Eng. Honours degree in Computer Systems and Electronics from King's College, London, UK, in 1990, a Ph.D. in Digital Communications from Imperial College, London, UK, in 1997, and a Specialized Masters Degree in Competitive Intelligence and Knowledge Management from SKEMA Business School (ESC Lille & CERAM) in Nice-Sophia Antipolis, France, in 2007.

Having founded Global Information Highway Ltd in 1995, he took part in many Internet projects, several of which enabled Internet connectivity in developing countries.

Whilst attending all ICANN conferences in person since the Paris (June 2008) meeting, he has taken a keen interest in supporting ICANN's At-Large community. He was selected to be on the 2010 ICANN Nominating Committee (NomCom) and was Secretary of ICANN's European At-Large Organisation (EURALO) from June 2010 until March 2011.

He was selected as Chairman of ICANN's At-Large Advisory Committee (ALAC), at ICANN's Cartagena, Colombia meeting in December 2010, a yearly term renewed at ICANN's Annual General Meeting in Dakar, Senegal in October 2011 and again in Toronto in October 2012 (this time for a 2 year term). Through serving the At-Large Community, he has gained a unique practical experience in an operational multi-stakeholder policy-making environment, finding and building consensus at grassroots level.

In March 2013 he was selected to sit on the second ICANN Accountability and Transparency Review Team (ATRT2).

He was recently invited to speak in the United Kingdom, Sweden (EuroDIG Stockholm), several universities in Southern India (on matters of IPv6, Internet History and Core Values) as well as teaching at the Summer School on Internet Governance in Meissen, Germany (Multi-stakeholder Governance) and taking part in the third Ukrainian IGF in Kyiv on behalf of the Council of Europe and the Internet Governance Forum (IGF) in November 2012.

In December 2012 he was part of the United Kingdom delegation to the World Conference on International Telecommunications (WCIT-12) in Dubai.

Whilst Chairman of the English Chapter of the Internet Society (ISOC) since March 2012, he is also a Member of the Institution of Engineering and Technology (IET), a Senior Member of the Institute of Electrical and Electronics Engineers (IEEE) and a Network Startup Resource Center (NSRC) affiliate since the early nineties.
Full details available on: http://www.gih.com/ocl.html 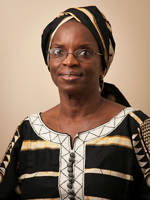 Madam Fatimata Seye Sylla holds a Master of Science from the Media Lab at Massachusetts Institute of Technology (MIT), a DUT in Computer Science from IUT du Havre in France, a Certificate of Business Administration (CGE) from CESAG, Dakar.

After 10 years of experience in the Government of Senegal, she has run the USAID "Digital Freedom Initiative" (DFI) program to bridge the digital divide in Senegal. She has capitalized a great deal of leadership activities as Director of private companies in the field of information and communication technologies (ICT) and worked as an expert consultant for several foreign and international organizations such as MIT, UNESCO / BREDA, UN / ECA, ITU, IDRC, UNDP, AAWORD, Francophonie, UN/DAW, ENDA, USAID, etc.

Ms. Seye Sylla is author of several publications and studies in the fields of ICT and education, gender and development, ICT and democracy, Internet governance, mobile banking. She is a founding member of many ICT related associations (ISOC, OSIRIS, FOSSFA ACSIS, Régentic, Bokk Jang), and was nominated member of the At Large Advisory Committee of Internet Corporation for Assigning Names and Numbers (ICANN / ALAC) from November 2007 to November 2009 and Chair of ALAC / AFRALO since then.

Since October 2008, Fatimata Seye Sylla is the National ICT Coordinator, the objective of the program is to connect the internet to Senegalese middle schools within the USAID-EDB (basic education) project that supports access to quality education. 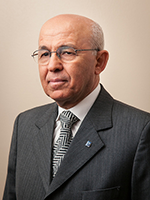 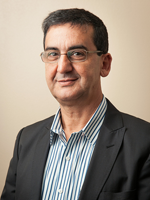 Dr. Abdelaziz Hilali is a Professor at the Moroccan Telecommunications graduate institution (INPT) (www.inpt.ac.ma). He graduated from the Joseph Fourier University of Grenoble, where he earned a PhD in Applied Mathematics and Computer Science in 1987.

Following his graduation, he has published a number of scientific papers and given a substantial number of oral presentations at international meetings.

Dr. Hilali has been a member of the ministerial commission in charge of the launching of the program of the master's in Telecommunications and ICT engineering. He was in charge of student academic affairs, and a deputy director of the Master training programs and he is currently director of Corporate Relations within the same institution.

Dr. Hilali is one of the principal founding members of the ISOC Morocco (www.misoc.org). He is a Founder of the Moroccan IPv6Task Force. He is currently Secretary de The African Regional At-Large Organization (AFRALO), president elect of the Mediterranean Federation of Internet Associations (Tunis 2007) (www.fmai.org) and president of ISOC Morocco.

During these last years, Dr Hilali has been the initiator and main organizer of a large number of seminars and workshops for the benefit of a large array and categories of people interested in Internet in Morocco.